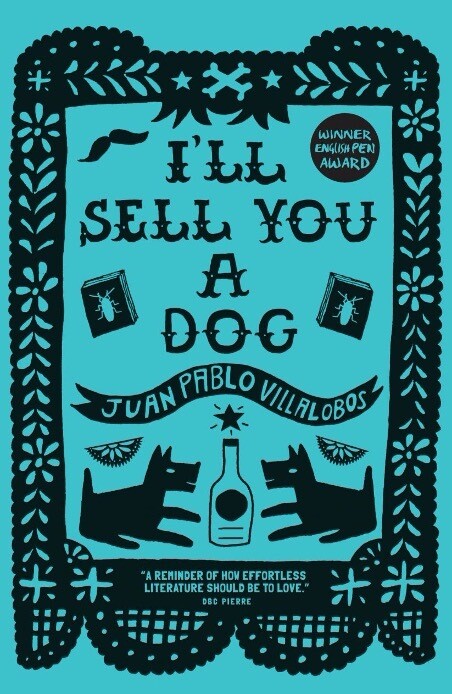 I’ll Sell You a Dog by Juan Pablo Villalobos

Long before he was the taco seller whose ‘Gringo Dog’ recipe made him famous throughout Mexico City, our hero was an aspiring artist: an artist, that is, till his would-be girlfriend was stolen by Diego Rivera, and his dreams snuffed out by his hypochondriac mother. Now our hero is resident in a retirement home, where fending off boredom is far more gruelling than making tacos. Plagued by the literary salon that bumps about his building’s lobby and haunted by the self-pitying ghost of a neglected artist, Villalobos’s old man can’t help but misbehave.

He antagonises his neighbours, tortures American missionaries with passages from Adorno, flirts with the revolutionary greengrocer, and in short does everything that can be done to fend off the boredom of retirement and old age . . . while still holding a beer.

A delicious take-down of pretensions to cultural posterity, I’ll Sell You a Dog is a comic novel whose absurd inventions, scurrilous antics and oddball characters are vintage Villalobos.