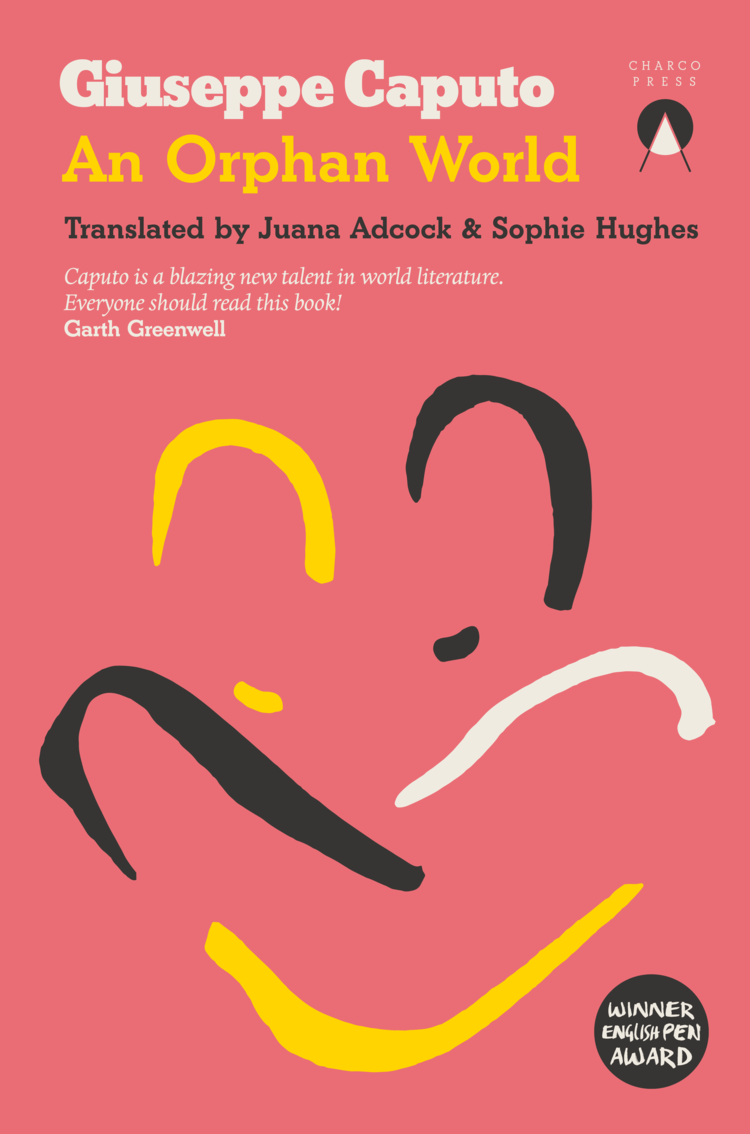 An Orphan World by Giuseppe Caputo

In a run-down neighbourhood, in an unnamed seaside city without amenities, a father and son struggle to keep their heads above water. Rather than being discouraged by their difficulties and hardship, they are spurred to come up with increasingly outlandish plans for their survival. Even when a terrible, macabre event rocks the neighbourhood’s bar district and the locals start to flee, father and son decide to stay put. What matters is staying together. This is a bold poignant text that interplays a very tender father-son relationship while exposing homosexuality and homophobia with brutal honesty. With delicate lyricism and imagery, Caputo is extremely original and creative producing a tale that harmoniously balances violence, discrimination, love, sex and defiance, demonstrating that he is a storyteller of great skill.

An Orphan World is about poverty, and the resourceful ways in which people manage to confront it. At the same time, it is a reflection about the body as a space of pleasure and violence. Perhaps above all else, An Orphan World is a brutally honest love letter between a father and son.